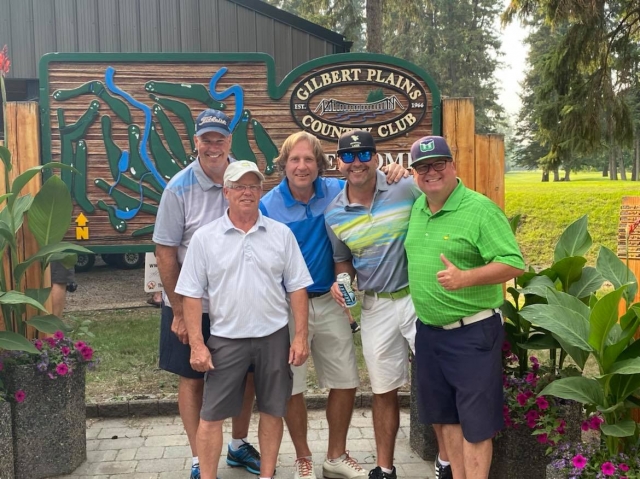 Cary Fillion and Dale Murray were a part of the winning team as the Gilbert Plains Country Club played host to the Canadian Friends of Hockey in Ukraine scramble on Friday afternoon.

Fillion and Dale played alongside Russ Romaniuk, Kevin Kowerko, and Jeff Hildahl as they shot a 17-under, 54.

Mitchell Rauliuk, Eric Prokopowich, Boston Karlson, and Jackson Delaurier teamed up with Jayce Hawryluk to shoot a 14-under, 57.

Prior to the event, organizers confirmed the event will be back in the Parkland in 2022.