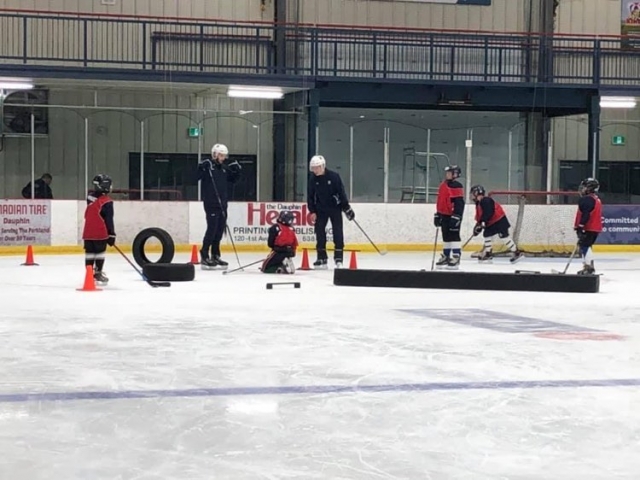 The Parkland Source for Sports 4-on-4 hockey league took last summer off, but it's set for a return this summer inside of Credit Union Place.

Starting on July 19, teams will play two games per week for five weeks ahead of training camps.

The first division is for players born from 2006 to 2008. Each team will play eight games and it costs just $160. Games will be played on Monday and Wednesday.

The second division is for players born in 2005 and anyone prior to that. Games will be played on Tuesdays and Thursdays with the cost being $160 for eight games. Doug Hedley runs the league and he says it's a great opportunity to get on the ice before tryouts begin.

"The pace is always really good with elite players suiting up," said Hedley. "I'm hoping to have Junior A and college guys this year, it should be very competitive."

Right after the league wraps up, the Dauphin Kings will run their development camp for young players in the region.

The organization is partnering with Park Fit for the camp and they will be handling the dryland training with trainer, Haley Choma.

"This is right before training camps so it's a great opportunity to get on the ice and get in hockey shape," ended Hedley.

You can register for the league by calling Hedley at 572-4036. Registration and full schedule details for the camp are on the way in the coming weeks.