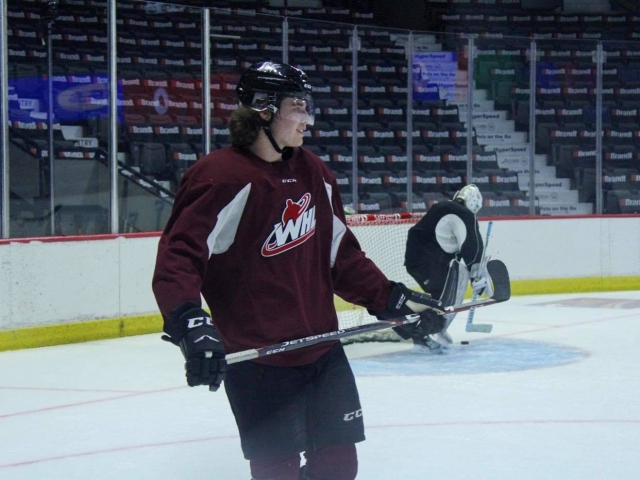 Success runs in the Geekie family. Morgan Geekie has won a Calder Cup with the Charlotte Checkers and he's now with the Carolina Hurricanes of the National Hockey League. Noah Geekie is playing college baseball with Emporia State University and he has a .262 batting average to go along with three home runs and 19 runs batted in.

And then there is Conor Geekie who could have also played baseball collegiately, but he decided hockey was the way to go. After three years with the Yellowhead Chiefs, his home region AAA team, Conor joined the Virden Oil Capitals of the Manitoba Junior Hockey League (MJHL) to begin this past season. In nine games, Conor scored once while he added three assists.

Conor's last game with Virden was back on November 6 in a 5-4 win against Swan Valley and that ended up being the Oil Capitals' final game of the season as the MJHL initially paused its season before cancelling it. So Conor spent the next few months in the gym and at the outdoor rink as he couldn't skate inside because the government's public health orders closed all indoor facilities at the time.

Conor went more than four months without playing a game, but that all changed a couple of months ago. Drafted second overall by the then Kootenay Ice in the 2019 WHL draft, Geekie played seven games when the franchise moved to Manitoba to become the Winnipeg ICE in the 2019-20 season.

Projected to be an impact player for many years to come, Conor joined his ICE teammates in the Regina bubble. With no contact from the outside world for two months during the WHL season, Conor says living in the bubble was very unique.

"It was pretty cool, it was an experience that I will never forget," said Geekie. "It was probably one of the tightest teams that I have ever played on. Everyone could hang out with everyone and it was just a great vibe." 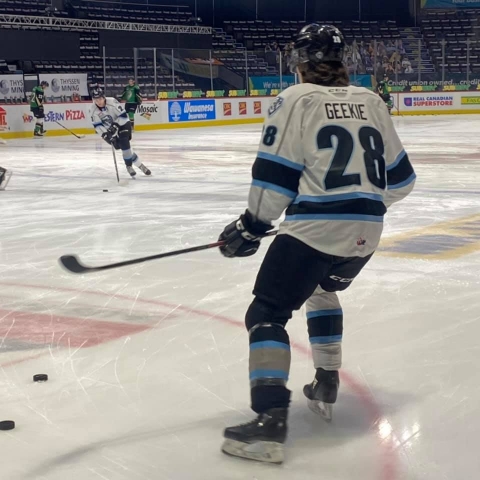 The Brandon Wheat Kings ended up winning the Subway Cup, awarded to the East Division's top team at the conclusion of the 24 game season. Winnipeg, meanwhile, finished in second -- one point behind Brandon -- as the ICE went 18-5-1 and finished with 37 points to Brandon's 38. The ICE finished their season with eight wins in their final 10 games and didn't lose a contest in their final seven outings.

Geekie says the chemistry that was built off the ice translated on the ice.

"Things went really well for us, I believe we could have made a run if it was a normal season," offered Geekie. "I think next year's going to be a big year for us, we should have what it takes to make a deep run. I know every team says that, but we're going to have something special because we're so young and we have some great guys coming up."

Conor failed to record any points in seven games during the 2019-20 season with Winnipeg, but that was far from the case this go around. Geekie suited up in all 24 of the team's games and he scored nine goals while adding 14 assists. His 23 points were the fourth-most on the team and he was second in rookie scoring, only behind Connor Bedard who is currently in Texas playing with Team Canada at the U18 Championships, Bedard is the first player in WHL history to be granted exceptional status.

One of Conor's goals was a game-winner and he also scored twice on the power play.

"I got lucky enough to play with some great players," ended Geekie. "My line clicked immediately and we played consistent hockey all season. Our coach harped on us getting better every day and I believe our team succeeded in doing just that."

Now back in Strathclair quarantining, Geekie says he's looking forward to getting on the diamonds and on the golf course this summer.