One of the biggest question marks when it comes to the Winnipeg Blue Bombers recently was what will happen with Willie Jefferson.

Would he stay with the Blue & Gold, would he join the Argonauts or Hamilton. In the end, that question has been answered and he's staying put.

The Blue Bombers and Jefferson have come to terms on a two-year extension worth $520,000. He was named the league's Most Outstanding Player last season after he had 24 tackles, 12 sacks, and one interception.

This upcoming season will be Willie's seventh in the CFL.

Greyeyes At It Again For Kings

Throughout the season, several Dauphin Kings players have been named Star's of the Week by the MJHL and it's happened again.

This time, it's Nakodan Greyeyes. He had two goals and three assists last week in three games for Dauphin.

Nakodan and the rest of the club are back in action on Wednesday when they head to Neepawa to play the Natives. Darnell Duff will have the broadcast of that game beginning at 7:15.

The Swan Valley Stampeders hosted their annual "Parent Weekend" for the past few days. Things kicked off on Friday with Comedy Night and that was followed up with a pair of games at the Centennial Arena.

In the end, the weekend couldn't have gone much better for the team. After a wonderful Comedy Night, the team picked up a pair of wins. On Saturday, they dispatched of Virden, 7-3. Yesterday, the Stamps took care of Selkirk, 5-3.

Mikael Foucher got the start in net for Swan Valley in both games. He faced 92 shots and he made 86 saves for a very solid .934 save percentage. It was also an extra special weekend for the netminder as his parents were in attendance and they certainly watched their son put on a show.

"It was great having them here. They've been supporting me my entire life so I can play a game that I love," said Foucher. "I was really happy that I was able to put on a show and that our team won, that's the main thing."

With their four points over the weekend, the team solidified their solid grip on fourth place in the league. With a record of 32-16-5, they have 69 points which are 13 points more than Wayway and Virden for the fourth spot.

Swan Valley is also now just five points back of the second-place Portage Terriers. The Stampeders 201 goals for are tied with the Virden Oil Capitals for the most in the league while their 159 against is the third-fewest in the MJHL.

"I think we're getting better every game," added Foucher. "We're not where we want to be yet, however, the chemistry is great and everyone is really buying in. Things are only going to get better and I'm really happy about that."

Next up for the team is a road trip as they head to The Pas to play the OCN Blizzard on Wednesday. The Blizzard will enter that game with 33 points, 36 fewer than Swan Valley.

"We just have to play our game and continue working hard, it's never easy to win on their home ice," concluded Foucher.

When Foucher played on Team Zajac at the MJHL/SJHL Showcase, he made 28 saves on 31 shots as they beat Team Kunitz, 4-3. 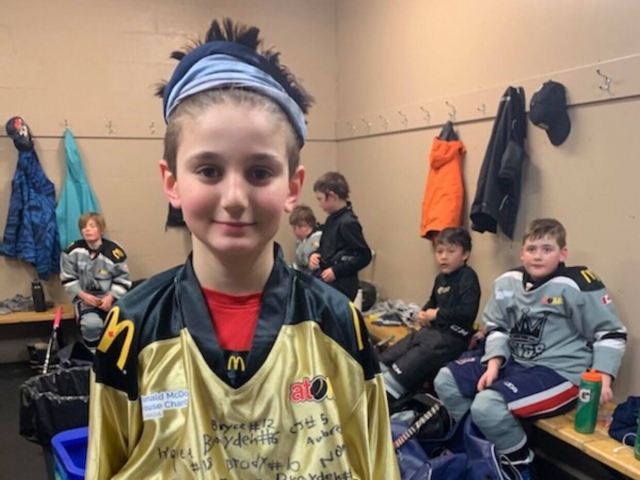 The Dauphin McDonald's Atom 4 Kings are moving on in the playoffs. They swept Winnipegosis in their first-round best-of-three series.

In game one, Ben Miner was awarded the Gold Jersey in a 10-1 win.

Aubrey Carr took home the Gold Jersey in their 10-4 victory in the first game.

They are now set to play Swan Valley 2 in the next round. 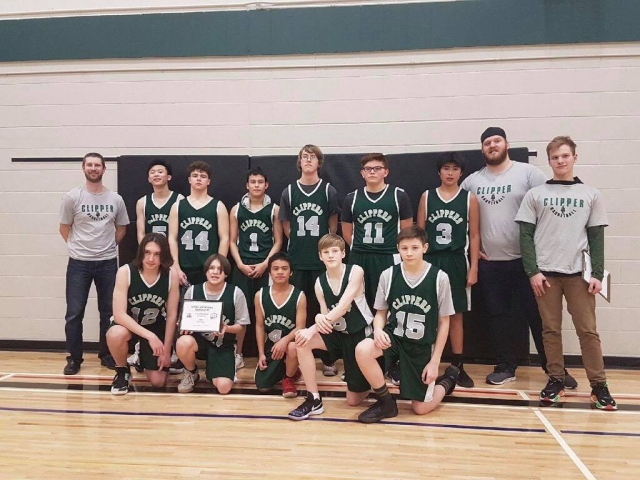 It's been an up and down kind of season for the Dauphin Clippers junior varsity boys basketball team. However, the team definitely moved in the right direction this past weekend.

They hosted their home tournament at the DRCSS and they picked up two wins. The second win came in the third-place game when they quite handily dispatched of Swan Valley, 67-49.

In their first game of the tournament, the Clippers took down Neepawa, 57-40. They would fall short against a very strong Portage team in the semi-finals which dropped the team to the third-place game. In that contest against the Tigers, Dauphin put together a very solid effort and they ran past their opponents.

"The boys had a good weekend. We've been working on a few things and one of those things is creating a more balanced offence. We had some highs and lows, but the guys came together to get it done," said David Matskiw, Head Coach. "We didn't have our full roster against Swan Valley in the third-place game so to be able to come together and put a strong effort forth, that was a big one for us."

Portage would end up winning the tournament as they beat Hapnot in the finals.

Dauphin now has a couple of weeks to prepare for the biggest event of their season to date. They'll host the regional championships at the DRCSS on February 25. The event will also include Swan Valley, Neepawa, and Virden. Dauphin has already beat Neepawa and Swan Valley, however, they haven't come up against the Golden Bears as of yet.

"As long as Virden isn't a powerhouse, we feel that we have a pretty good shot at winning it," added Matskiw.

The winner of that event will advance to the Provincial Championships that will be played from March 19-21 at Ste. Anne Collegiate.

"We'll be working on playing disciplined defensively moving forward because we're taking some fouls that don't need to happen," concluded Matskiw. "Also finding the open guy offensively and just so we feel comfortable doing what we need to on the offensive end."

The Dauphin Novice Source for Sports Thunder didn't have to go far to win a title over the weekend.

They played in the Roblin tournament and they won the A-Side final where they beat the Dauphin Whalers, 9-1.

The Dauphin Clinic Pharmacy Atom AA Kings are back home with silver medals.

Playing in the gold medal game in Yorkton earlier today, the team came up short in the finals against Lundstead.

Prior to the defeat, the team won two games and had one tie.

U18 Rangers Battle Hard In Defeat 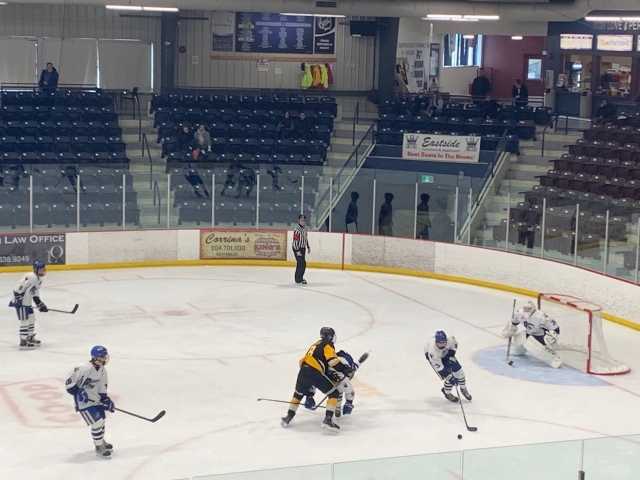 The Parkland U18 Rangers put together a solid third period this afternoon, however, the deficit going into the period proved to be too big.

Playing against Brandon, the Rangers dropped the contest, 6-4.

Parkland trailed 5-1 after 40 before outscoring Brandon by two goals in the third.

Steven Arp led the Rangers with two goals while Garrett Hrechka and Hayden Lacquette scored singles in the defeat.

They next play on Tuesday in Shoal Lake.

The Dauphin Clippers varsity boys basketball team has taken down the "Big Cat".

Playing in the Neepawa Tigers Big Cat Classic, the team went a perfect 3-0 to add another title to their trophy case.

They started the tournament by hammering Minnedosa, 101-25. That was followed up with a 78-58 win against Neelin.

The Parkland Bantam Rangers played their final home game of the season today in Russell.

In the end, the team fell short against the undefeated Winnipeg Warriors, 8-4.

Carter Zalischuk, Will Munro, Domi Leask and Matthew Zurba scored goals in the game for Parkland.

The string of strong performances continued for the Dauphin Kings this evening.

The team erupted offensively as they beat the first place team in the Manitoba Junior Hockey League.

Backed by a great performance from Matthias Smith, Dauphin ousted the Steinbach Pistons, 5-2.

Dauphin’s first line took the game over as they accounted for four of the five goals.

Both Grady Hobbs and Nakodan Greyeyes scored two goals each in the victory. Avery Smith scored Dauphin’s other goal in the game.

Matthias made 23 saves in the game.

Dauphin is now just one point back of fifth place.