Waywayseecappo Wolverines Are On A Roll 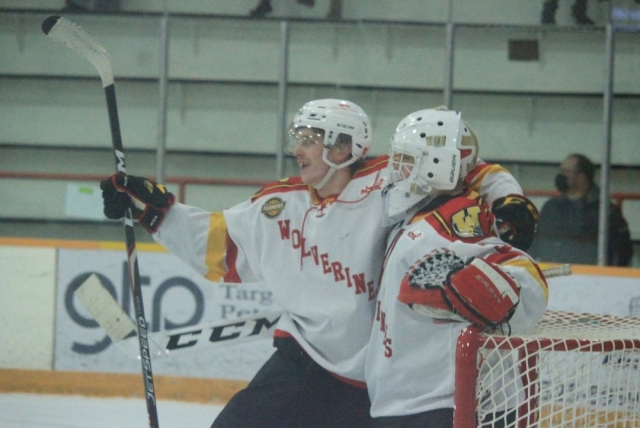 The Manitoba Junior Hockey League's West Division is tight at the top and the bottom.

Up top is the Dauphin Kings as they lead the division with 49 points while the OCN Blizzard is at the bottom in sixth place; however, they are only five points back of a playoff spot with the Neepawa Titans holding down fourth place to start the week.

In second place and sitting only one point back of Dauphin is Waywayseecappo who are on a nice little roll in 2022. Following a blip out of the gate to Steinbach in their first game of the new year, the Wolverines have won three straight games, two of which came against Winkler and on Sunday night, the club downed OCN in a shootout, 3-2.

At 23-9-2, it's been a tall task for any team to shut down the Wolverines as their 145 goals for are the most in the league.

Taylor Harnett is the team's head coach and general manager and he says he's pleased with how things are going.

"You never know what to expect when players come back after the break," said Harnett. "We had a great series against Winkler and a good battle against OCN. We're heading in the right direction and that's what we need to continue doing."

The team's game on January 16, a 3-2 win against Winkler was also one for the books as Harnett coached his 200th game with Waywayseecappo. A native of Edmonton, Alberta, Harnett was hired to become the team's coach and general manager on November 28, 2017. The team was 7-3 before the season was cancelled last year and Harnett led the organization to the playoffs in the previous two years. This year, the Wolverines are title contenders and will be an extremely tough test for anyone that has to go up against them.

"I really enjoy living and working in this community, I truly love it here," said Harnett. "I'm really fortunate that the organization gave me an opportunity to coach this team and be a part of this community. Everyone in this organization is first-class, there is a lot of pieces and great people."

The Wolverines were 8-48-3-1 in the 2017-18 season and as this year rolls on, the team is certainly a championship contender and they're preparing for another pair of games against OCN this weekend. They will play Friday in Waywayseecappo before playing a road game, close to home as the two teams will play at the Russell Memorial Complex on Sunday evening.

Dauphin plays the Wolverines in four straight starting on February 18.