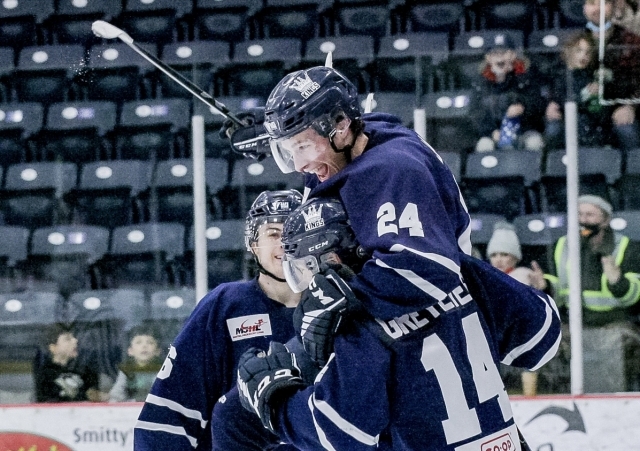 The 20-year-old scored the game winning goal on Saturday night as Dauphin came from behind to beat the Virden Oil Capitals, 3-2.

Dauphin opened up the scoring before Virden scored two straight to take a 2-1 lead. Then some hometown flavour found the back of the net as Garrett Hrechka scored late in the third to tie the game.

Then Greyeyes capped it off as he scored with less than three minutes left as Dauphin won a thriller.

Dauphin won their 24th game of the season and snapped a three-game losing streak. Kaden Bryant ended the night with one goal and one assist and was named the games first star.

The two teams will play a home-and-home next weekend.