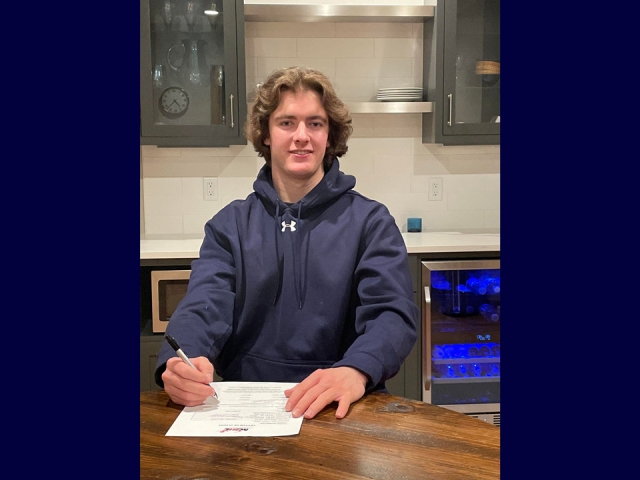 Ahead of a busy week that will include three games in four days, the Dauphin Kings are pleased to announce the commitment of Joe Gerebi for the 2022-23 season.

From Chanhassen, Minnesota, Joe is in his fourth season with Chanhassen High School and he serves as the team's captain. Drawing interest from several teams in the North American Hockey League, Gerebi decided that Dauphin was the perfect place for him to begin his junior career and he will do so next fall. Joe has also started on the back end in all four years with his high school team, which is quite unheard of according to Andy Kubas, the team's Northern USA Scout.

The 18-year-old has chalked up six points this season in 14 games. Kubas talks about Gerebi.

"He's a great kid first, an elite hockey player but he's a great kid," said Gerebi. "I've talked to his coach, friends, parents and they all say amazing things about him. He's a really good human being and I know he is thrilled to join the team."

When it comes to his performance on the ice, Kubas says Joe has all the pieces to become an elite junior hockey player.

"I've watched him this year in his senior year and he's been outstanding," said Kubas. "He has an incredible IQ and great edges. He's playing against a few players that are on the NHL Central Scouting list, so he's playing against elite players and he's holding his own."

Signing a top-end player from south of the border proves that Dauphin is heading in the right direction. The team currently leads the West Division and year-after-year seems to be adding more and more talent from the United States. This year, Keaton Woolsey has been solid in the net when he has had an opportunity to play while Tanner Brouwer has seven points in his rookie season.

"We're really looking forward to working with him, said Doug Hedley, the team's head coach and general manager. "He skates really well and his leadership qualities are high. We're excited to get him in our crest for next season."

In a chat with Joe from his Chanhassen home, the captain is looking forward to making his way to Dauphin in the fall.

"It felt really good to put pen to paper, I'm really excited to play with Dauphin," said Gerebi. "They have a rich history and they're having a great season and I know they have a bright future, it's exciting to be a part of that." 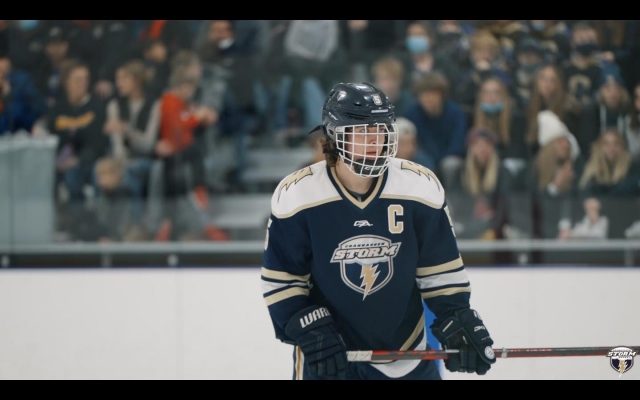 Gerebi knows the biggest transition will be physicality that is seen in the MJHL compared to the Minnesota high school scene. However, he's looking forward to spending some extra time in the gym to prepare and get ready for training camp in August. This year with Chanhassen, Joe has helped the team win 10 of their 14 games and with a 4-1 Metro West record, they're in a tie for first. They have also outscored their opponents, 27-6 in four games in 2022.