Sunday Will be Fun Day 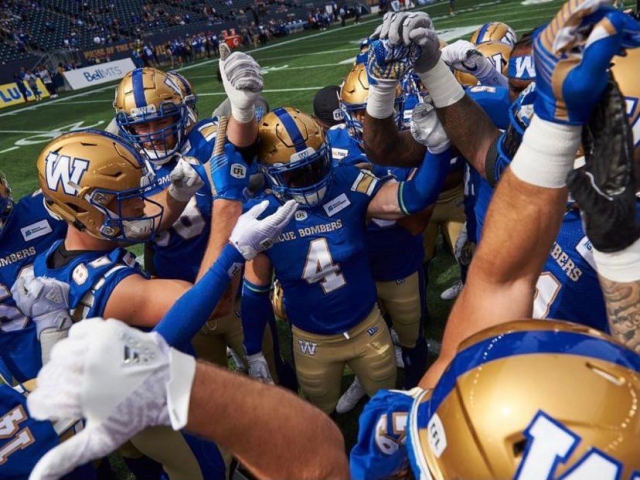 More than 30,000 loud and proud fans are expected to pack inside IG Field on Sunday as the Winnipeg Blue Bombers host the West Division final against the Saskatchewan Roughriders.

A rematch of 2019, the Bombers enter the game after going 11-3 in the regular season and earning a bye while Saskatchewan edged Calgary, 33-30 in double overtime last week.

Winnipeg was a perfect 7-0 on home turf this season while the Riders were 4-0. In a chat with Darnell Duff on Wednesday, Zach Collaros spoke to the importance of playing in front of their home crowd. And on Thursday, Mike O'Shea said much of the same as the Bombers get set to host their biggest rivals in the biggest game of the season so far.

"Even the young guys on our team, they all understand how important the fans are to us," said O'Shea. "I don't think they're going to dwell on that, they're going to get down to business, but there's no doubt that the fans can help us."

Winnipeg hammered Saskatchewan in their two regular-season meetings this year, outscoring the Green and White, 56-17 in two games. A berth in the Grey Cup is on the line and the winner of Sunday's West final will play the winner of the East final where the Toronto Argonauts host the Hamilton Tiger-Cats. This is Winnipeg's first elimination game since the 2019 Grey Cup and the team won all three of their playoff games that season. This year, the team only has to win two but they aren't looking any further than Sunday's game to start.

"When the guys step into the locker room, they take a lot of pride in doing well on a daily basis," said O'Shea. "I'm not sure if they're going to feel pressure once they hit the field but they will continue to work for their teammates."

In other news, Andrew Harris was back on the field for practice Thursday. He said he's taking it day by day and he's hoping to be in the mix.