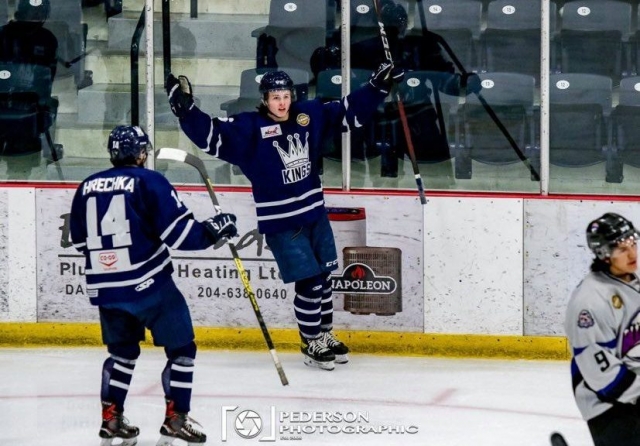 Brayden Dube is putting together a spectacular rookie season with the Dauphin Kings and this week’s he’s been named an MJHL Star of the Week.

In two games over the weekend, Dube scored three times and he had one assist as Dauphin improved to 9-3 on the season.

Dube has eight goals this year, tied for the eighth-most in the league after just seven games. Brayden also has one game-winning goal.

Your next chance to see the rookie star in action is this Friday when we welcome the Waywayseecappo Wolverines to town. It will be a battle of the best in the West.