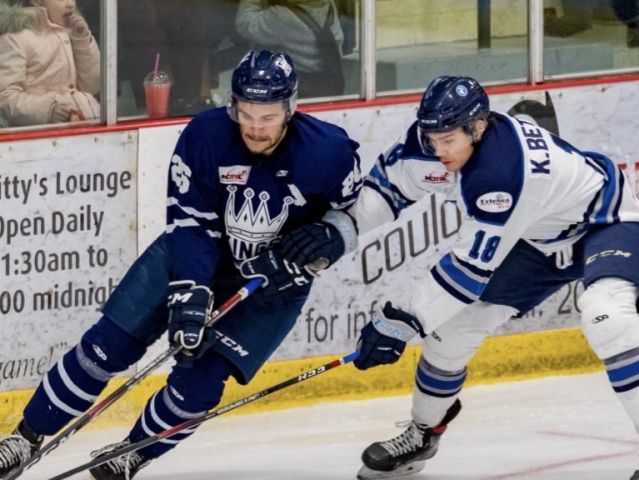 The Dauphin Kings take off on their final extended road trip of the season. For the sixth and final team, the team meets the Steinbach Pistons.

In their last meeting, Dauphin played very well in a 5-2 win. However, Dauphin is coming off a setback on Wednesday when they gave up a four goal lead in a 6-4 loss to Neepawa.

”That’s in the past and we have to move on,” said Head Coach and General Manager, Doug Hedley. “There is no point in dwelling on it, there’s nothing we can do to change that, we just have to move forward.”

Last night, the Virden Oil Capitals helped themselves by beating Portage so Dauphin is now five points back of them for fifth while they’re still three back of Waywayseecappo for sixth.

If Dauphin does hope to jump up in the standings at all, tonight would go a long way in helping that as the season draws to a close for the club.

Steinbach, meanwhile, can enjoy a six point cushion over Portage for the top spot if they get two points tonight on home ice.

Darnell Duff will have the pregame show kicking off at 7:15. Also, tune in for another power play show after the 4:00 p.m. news, weather, and sports.