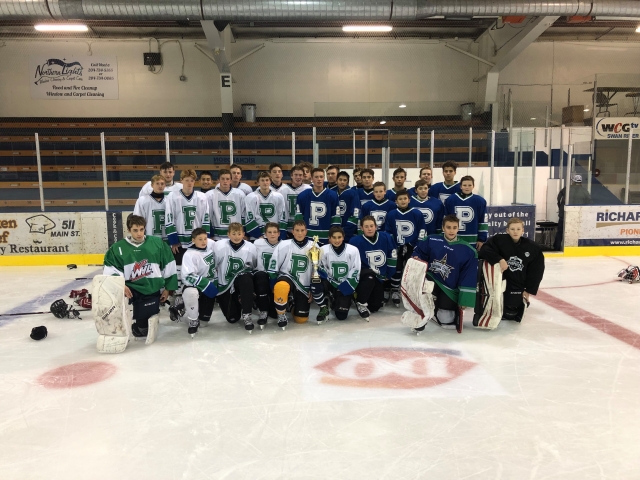 The Parkland Bantam Rangers hit the ice for the first time this past weekend as they held their tryouts.

31 players showed up to the Swan River Centennial Arena with a goal of cracking the AAA roster. 11 of the players were born in 2005, some of which tried out last year. Some were born in 2006 while eight returnees are looking to crack the roster for the second straight season.

The tryouts began on Saturday morning and things wrapped up with the Humboldt Cup on Sunday. The Humboldt Cup is in memory of the tragic crash that took 16 lives. The Rangers are playing for the ones that can't.

"The weekend was fantastic," said coach Tom White. "Now we're focusing on two weeks of practice and an exhibition tournament in Souris at the end of the month."

Tom and the staff have cut the numbers down from 31 to 25. The team will trim that down to 17 players after the Souris tournament.

"We're very comparable to last year," continued White. "The first-year kids are just going to have to do the work to catch up to the second-year players. We have a very strong core of players returning. There are only a few limited spots available."

For the first-year players, a learning curve is definitely expected. Coaching last year's team, White knows exactly what the players are going through.

"The toughest thing is getting used to the size and skill," said White. "The kids coming out of peewee haven't experienced all the body checking. There are some pretty big players."

The team's regular-season will begin early next month.